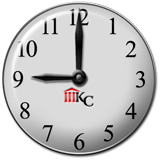 The most obvious effect of a judgment is that there is a winner and a loser. In theory, the winner takes all - or, at least, all that the Court has awarded. In general, judgments are valid and enforceable for twelve years, but may be renewed within that time frame. Unfortunately, there are many judgments that are not worth the paper that they were written on. Although some litigants mistakenly believe that monetary judgments may be "cashed in" at the Clerk’s office, collection is much more difficult. The Maryland Rules provide two principal tools for collecting on monetary judgments: (1) a Writ of Execution directing the Sheriff to levy on property and sell it to satisfy the judgment; and (2) the Writ of Garnishment directing third parties to hand over money or property to satisfy the judgment. The latter tool is most effective in obtaining the proceeds of bank accounts or in obtaining a judgment debtor’s wages.

Beyond enforcement, judgments also have rippling effects on other litigation, precluding similar claims and similar issues from being tried in the future. Under the doctrine of res judicata or "claim preclusion," one cannot retry the same claims that were previously litigated or which should have been raised in earlier litigation. This prevents litigants from splitting up aspects of their cases into several different lawsuits and forces the parties to resolve all related claims in the same action. While this doctrine drove law students crazy, there are basically four elements for a claim to be precluded: Where (1) a claim involves the same transaction or occurrence as a claim previously litigated (2) between the same parties or their successors in interest (3) and the prior litigation was resolved by a final judgment (4) which operates as a decision "on the merits" of the case, one may not raise that claim in later litigation. Thus, if Paula Plaintiff prevailed in her personal injury case against Donald Defendant, she cannot later sue him for property damage arising out of that same accident. The property damage claim is precluded under the doctrine of res judicata.

Sometimes, the overall claim is not barred, but the separate doctrine of collateral estoppel or "issue preclusion" will prevent the same issues from being tried all over again. If Donald Defendant lost to Paula Plaintiff in her earlier lawsuit because the jury found him negligent, Donald Defendant’s own claim against Paula in a later case would not be precluded under res judicata principles because his separate claim would constitute a different cause of action entirely. However, Donald would not be able to retry the issue of whether he was negligent in that second case. Under principles of collateral estoppel, he would be deemed contributorily negligent because he was already found at fault in the accident. Under the substantive law, this would effectively prevent Donald from recovering in this case.

An issue is precluded where (1) the same issue (2) was actually litigated and determined (3) by a final judgment (4) in which the determination of that issue was essential to the earlier judgment. Under these circumstances, courts will not hear the same issues all over again. In the interests of judicial economy, they may not be retried.