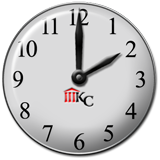 A litigant kicks-off a lawsuit by filing a "Complaint."

This pleading contains the plaintiff’s primary allegations and shows that she is entitled to relief. State and federal pleading requirements differ. But, at a minimum, the Complaint should allege enough facts to show that the court has subject matter jurisdiction in the case and should contain a short and plain statement of the claim showing that the plaintiff is entitled to the relief requested.

Yet, even when alleging the elements of a claim, the plaintiff does not have to recite evidence or a plethora of details. In most cases, complaints only need to apprise the defendant of the general nature of the case. The parties will have plenty of time to discover the underlying facts during the "discovery" phase of the litigation process.

In our Paula Plaintiff v. Donald Defendant lawsuit, the Complaint may contain the following allegations:

This simple pleading may be conclusory, but is satisfies all of the requirements that the plaintiff state a legal cause of action. Although the plaintiff may allege almost anything in the Complaint, allegations alone do not win lawsuits -- evidence does! Thus, the plaintiff still has the burden of producing enough evidence to prove her case regardless of how well her complaint has been drafted. Similarly, although anyone can claim $1,000,000.00 in damages by placing this figure into her pleading, the plaintiff must prove these damages in order to recover such monumental sums.

Of course, life is not always as simple as the Complaint which Paula has filed against Donald. In the real world, life is complex. Disputes arise between many different people who may have many different claims to assert against each other. Rather than forcing all of these parties to divide these claims into many different lawsuits, the Maryland Rules, like the Federal Rules of Civil Procedure, promote judicial economy by permitting parties to join many different claims and many different parties in a single suit. To use these joinder devices effectively, one must understand the requirements for using them and how they work.

The first set of joinder devices, which permit the joinder of multiple claims in a single lawsuit, include the Counterclaim, Cross Claim and Third Party Claim.

The second set of joinder devices permit many different parties to join in a single lawsuit. There are times when such joinder is permitted and times when it is actually required. Other joinder devices allow non-parties to intervene in existing litigation, or to join rival claimants and force a dispute to be resolved. Finally, the Maryland and the Federal Rules permit class actions in which numerous plaintiffs, or even defendants, may sue or be sued in a mammoth piece of litigation.

Regardless of whether your case is a simple action between two parties fussing over a single claim or a more complex dispute, the most important thing to remember when it comes to filing lawsuits is that they must be filed within a certain period after the claim arose. Each state and many federal statutes contain what are called "statutes of limitation," which place strict time limits on filing suit. After this time has expired, no further action may be taken to recover damages or other forms of relief.