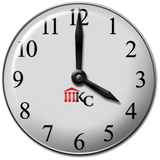 In some courts, the deadline for a response may be as short as fifteen days, making it essential for the defendant to retain litigation counsel immediately. Indeed, missing this deadline could result in the entry of a default judgment against the defendant or relinquish such fundamental legal rights as the right to a jury trial. To prevent such dire consequences, the response to a complaint may take one of two forms: (1) a preliminary motion; or (2) an Answer to the Complaint.

While the terminology may differ in different court systems, the most common form of preliminary motion is the "Motion to Dismiss" the Complaint. In these motions, defendants with good grounds may attempt to stop the litigation process right at the start by asserting a variety of procedural defenses to the lawsuit. For example, if the plaintiff filed suit in a court lacking personal jurisdiction over the defendant, in the wrong venue, or served the lawsuit improperly, the case may be dismissed. While these defenses may be waived unless they are asserted in the proper procedural manner, defendants may also assert certain non-waivable defenses to the lawsuit if the plaintiff sued in a court that lacks the power to hear that particular type of case, or failed to state a claim on which relief can even be granted.

Motions to dismiss for failure to state a legally sufficient claim are frequently filed where the Complaint does not allege the elements of a legally recognized cause of action under the applicable law. While those who feel that they have been wrongfully sued often desire such a dismissal on the grounds that the lawsuit is "frivolous," courts will normally presume the truth of the plaintiff’s allegations in deciding such motions and will only dismiss the lawsuit if the Complaint is technically insufficient. Because most complaints contain sufficient allegations of wrongdoing (even in cases where the evidence may be lacking), most plaintiffs survive such motions to dismiss.

Answer to the Complaint

Beyond procedural motions, defendants may contest the merits of a case by responding to the Complaint through a pleading known as an "Answer." An Answer will typically admit certain allegations of the Complaint and deny others. In addition, the Answer should also raise certain defenses to the lawsuit, alleging that the plaintiff cannot recover on a number of different grounds. Many of these defenses are specified in court rules and must be raised in the Answer or waived forever. For example, if the plaintiff filed suit in federal court too late, the plaintiff may be barred from recovery under the applicable statute of limitations. This "affirmative defense" must be raised in the Answer to be preserved for argument at a subsequent stage of the litigation. However, if the defendant fails to raise such a defense in the Answer, it is lost forever and the plaintiff’s recovery will not be barred. This illustrates the importance of competent litigation counsel in responding to the lawsuit. Simply put, defendants who lack legal training and litigation expertise should not try to respond to lawsuits without adequate representation!

In some states, general denials of all liability are permitted when certain types of claims are raised. This eliminates the need to respond to the specific allegations of the plaintiff’s complaint. The following is an example of such an Answer, containing general denials of liability and important defenses under Maryland law:

The manner in which defendants respond to the Complaint may have important consequences for the entire litigation, making it essential to assert all applicable negative and affirmative defenses which are permitted under the Maryland rules. Indeed, each time one drafts an Answer, one must consult the rules to prevent missing something important. Under Maryland Rule 2-323(f), negative defenses are those matters which, if raised in the defendant’s Answer, must be proven by the plaintiff at trial. They may be summarized with the following "vocal" acronym:

By contrast, Maryland Rule 2-323(g) contains affirmative defenses which go beyond the elements of plaintiff’s case-in-chief and must be proven by the defendant at trial. They include such defenses as

When asserting negative or affirmative defenses, one fundamental rule must be kept in mind: Use ‘em or lose ‘em!