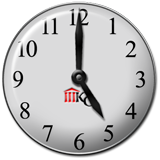 The discovery process occupies most of a civil litigator’s time and, in many cases, may be even more important than the trial itself because many cases settle on the basis of information obtained during discovery and subsequent negotiations. In some cases, litigants battle vigorously over the production of certain information and records, producing numerous motions to compel the production of information and to shield other facts from the discovery process. If handled properly, the information obtained in discovery can go a long way toward winning the case. If mishandled, litigants who lose discovery battles may lose the litigation war long before the trial even begins. In short, information is power -- the power to win lawsuits.

Despite some litigants’ attempts to resist discovery in many cases, the scope of discovery is quite broad, permitting parties to obtain information regarding any matter which is relevant to the subject matter of the lawsuit or "reasonably calculated to lead to the discovery of admissible evidence." Thus, parties can even ask witnesses for second hand, "hearsay" information. While hearsay would not itself be admissible at the trial, it may be very helpful for investigative purposes by yielding information which may identify witnesses who can testify from first hand knowledge. Because the discovery of such information may be reasonably calculated to lead to such admissible evidence, the discovery rules permit the production of such information.

Although the scope of discovery is rather broad, there are some limitations. For example, your opponent may not ask you what your client what he told you because attorney-client communications are "privileged" and outside the scope of discovery. Nor may your opponent obtain information relating to your mental impressions, research and strategy as such information is immune from discovery under the "attorney work product doctrine." In most courts, the same would be true of attempts to discover materials and documents which the attorney prepared for purposes of trial or in anticipation of litigation.

Provided that the information and documentation sought is within the broad scope of permissible discovery, the following tools may be used to gain valuable information:

Depositions enable litigants to question parties and non-party witnesses about their knowledge of certain facts. All questions are typically asked under oath and in the presence of a court reporter who makes a verbatim transcript of everything the witness says. Not only are depositions useful in discovering favorable evidence, it may be used to lock adverse witnesses into their harmful testimony, thereby acquiring a tool to impeach their credibility at trial if their disturbing account varies from their deposition testimony. In the hands of a skillful litigator, the deposition is truly the heart of a case, permitting counsel to box adverse witnesses into a corner from which they will not be able to escape at trial. Thus, while depositions and the cost of transcript preparation may be the most expensive form of discovery, it may also be the most effective.

To schedule a deposition, a simple notice of deposition is all that is required for parties. However, for non-party witnesses who are not already subject to the power of the court, a subpoena must be added and personally served upon the deponent.

These are written questions sent to opposing parties to obtain information regarding the facts of a case. A party’s response to Interrogatories must provide all information within that party’s control, even if the party lacks personal knowledge of all such information. In the automobile accident case of Paula Plaintiff v. Donald Defendant, typical interrogatories may include:

In federal court, litigants are normally limited to sending their opponents 25 interrogatories in a case while the Maryland Rules limit litigants to 30 questions in Circuit Court actions, requiring parties to choose their questions wisely.

Requests for Production of Documents

To obtain relevant documentation, litigants may send their opponents a request listing the specific categories of records needed and may subpoena similar documentation from non-party witnesses. In the case of Paula Plaintiff v. Donald Defendant, Paula may wish to receive the following documents:

If an opposing party’s physical or mental condition is at issue in the litigation, and a litigant has good cause to conduct an independent examination of that condition, the court may order such an examination. In personal injury cases, where the plaintiff’s physical condition has been placed in controversy by the plaintiff herself, the parties typically cooperate in the scheduling of an independent medical examination without insisting on the filing of a formal motion.

Perhaps the least used of all discovery devices, a Request for Admissions permits a litigant to request that his opponent admit certain facts or the authenticity of certain documents in a case. While opponents will rarely admit the truth of devastating facts which would cause them to lose the case, this discovery device is often helpful in requesting the admission of facts which are not truly in dispute. This allows the parties to streamline the trial of the case by avoiding the need to call certain witnesses to testify to the authenticity of certain documents or to produce evidence of uncontested facts. If an opponent refused to admit the irrefutable, he may be required to pay the other side’s expenses in producing such evidence at a later trial.

While many lawyers overlook this discovery tool, it is rather easy for a party to request the admission of facts or the authenticity of documents. For example, in defending against a personal injury claim, you may wish to ask the other side to admit that:

Should parties fail to cooperate in the discovery process, the court may impose sanctions upon misbehaving litigants and their counsel by imposing fines, attorney’s fees, precluding certain claims and defenses, and - in egregious cases of misconduct - by entering judgment against the violator. Accordingly, it is important to understand and to comply with the discovery rules by producing all necessary information.