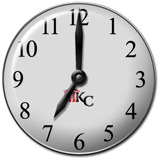 Although the trial presents courtroom dramas frequently portrayed on television, relatively few cases ever reach this climactic stage. Most cases either settle prior to trial or are otherwise disposed of through pretrial motions. Those which go the distance present exciting evidentiary challenges for the trial lawyers involved in the case, stressful moments for witnesses, and the thrill of victory and agony of defeat for the litigants.

There are two types of trials: Bench trials and jury trials. In bench trials, the judge will resolve the factual disputes presented and issue a ruling which explains the basis for her decision. Conversely, jury trials are heard before six or twelve members of the surrounding community who often have no legal expertise whatsoever, but who are sworn to decide the case fairly, impartially and on the basis of the judge’s legal instructions.

To obtain a jury trial in cases where such a right exists, a litigant must demand one in a timely manner. Generally speaking, in actions at law where there is an amount in controversy which exceeds $10,000, a litigant must file a written Demand for Jury Trial within fifteen days of the last pleading (usually, the Answer), or within ten days of the Notice of Intention to Defend filed in a District Court action.

Where a right to jury trial exists, determining whether to demand a jury trial or waive that right in favor of a bench trial is one of the most important strategic decisions facing any litigant. Depending upon the facts of a case, and on the venue of the action, some litigants will benefit from the common sense and sympathetic ears of jurors while others would prefer the more restrained judicial outlook of seasoned judges. Only experienced litigators can truly determine which route would be most beneficial to the client’s interests. Even then, this strategic decision involves a judgment call which is not an exact science.

Jury trials begin with a selection of jurors in a process known as "voir dire." In this phase of the trial, jurors are asked several questions designed to determine whether they have any bias which would interfere with their decision making. After jurors are selected and sworn to decide the case impartially, they are greeted with the "coming attractions" for the trial in the form of opening statements which highlight the evidence to be produced. Thereafter, the parties will produce this evidence by calling witnesses and introducing documents of relevance to the case. Because the plaintiff has the burden of proof, the plaintiff produces evidence first by calling witnesses on direct examination who are then subject to cross examination by the defense. After the plaintiff rests her case, the defense may then call its witnesses and introduce relevant documents to refute the plaintiff’s case. Finally, the plaintiff may call additional witnesses to rebut the defendant’s case in what is called a "rebuttal case."

After all of the evidence is in, the attorneys may once again address the jurors in closing arguments. If done effectively, the closing arguments will permit lawyers to marshal all of the facts introduced into evidence to persuade the jury that their clients should win the case. Because the plaintiff has the ultimate burden of persuading jurors, the plaintiff argues first and also gets the last word by rebutting defense counsel’s arguments. Ultimately, the jury will deliberate over the facts of the case and render its decision in the form of a verdict.

Interestingly, not all trials end in verdicts. Much can happen on the way to the jury room. Indeed, plaintiffs who fail to produce sufficient evidence to meet their burden of proof may lose before jurors ever get to deliberate over a verdict. In general, to prove her case and ultimately win at trial, a plaintiff must satisfy two separate burdens of proof: (1) the burden of production; and (2) the burden of persuasion.

In deciding the all-important motion for judgment, the court is only concerned with whether the plaintiff has satisfied her burden of production -- whether reasonable jurors could rule in plaintiff's favor. If reasonable minds could at least differ on the ultimate outcome, the court will submit the case to the jury. Once in the jury room, jurors will deliberate over whether they are sufficiently convinced by the evidence to return a verdict for the plaintiff, i.e., whether the plaintiff has satisfied her burden of persuasion.

To use a sports analogy, you could say that the trial of a case resembles a football game in which each side competes for the best field position to win. 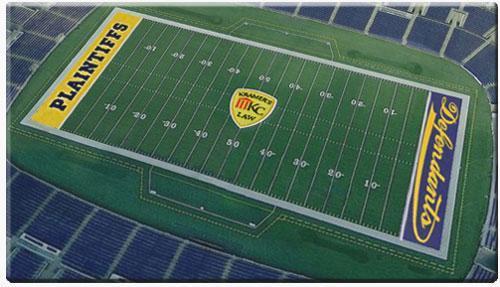 As in football, if plaintiffs can't even produce enough evidence to get out of their own end zone, they are sure to lose. This happens when they fail to meet their burden of production.  For example, if the plaintiffs sued for breach of contract, but have no evidence that the defendants ever entered into a legally-binding agreement, there is simply no reason for the judge to let this legally deficient case go to the jury.  Because reasonable minds cannot differ on the outcome in that situation, the Court will "direct a verdict" in favor of the defense.

Occasionally, plaintiffs have such compelling evidence that they score a touchdown on their very first drive. So if they produce an airtight contract, solid evidence of defendants' breach, and damages, the burden will shift to the defendants, who must get the ball out of their own end zone by producing enough evidence that reasonable minds can differ over the ultimate outcome of the case. If all the defendants can say in response is, "We just don't have the money right now, so please don't enter a judgment against us!," that's not likely to do the trick. If that's all the defendants come up with, they'll find themselves stuck in their own end zone and lose by a "directed verdict."

But, what if the defense produces evidence that the plaintiffs may not have lived up to their end of the bargain -- or actually owe the defendants some money? Assuming the evidence is admissible, that should be enough for defendants to meet their burden of production, get the ball out of their own end zone, and avoid a directed verdict. Even if the parties disagree on the point, such a factual dispute would have to be resolved by the jury.

Football fields have scoreboards. Courtrooms don't. As long as both sides scored enough points to meet their burdens of production, created legitimate factual disputes, and stay in the game, our factual football will land somewhere between each side's end zone.  This green portion of our legal gridiron is something that lawyers call "the land where reasonable jurors may differ."

At the start of deliberations, different jurors may spot the ball differently depending on the persuasive impact of the evidence. But unlike criminal cases in which prosecutors need a lopsided score to win, plaintiffs in most lawsuits need not prove their cases "beyond a reasonable doubt." Even if doubts remain, jurors will find in favor of plaintiffs who convince them that their version of events is more likely true than false. Under the burden of persuasion applied in most civil cases, the jury must be more than 50% persuaded that the plaintiff is right. If, after deliberating over the "preponderance of the evidence," the jury finds the plaintiffs' evidence to be even slightly more persuasive than that of the defense, they will spot the ball somewhere in defense territory beyond the 50-yard line and hand the victory to the plaintiffs.

As one great football coach once said, "Winning isn't everything. It's the only thing!" To win, a plaintiff must meet her burden of production and her burden of persuasion. A failure to meet both burdens will result in a loss. But, unlike football, even after losing at trial, the litigation game continues even after the parties have left the courtroom ...