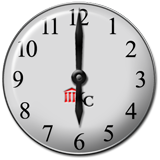 For one thing, a defendant who fails to respond to the Complaint in a timely manner may suffer a default judgment and lose the case on procedural grounds alone. Similarly, parties who violate court rules or refuse to cooperate in the discovery process may infuriate the Court to such an extent that the trial judge will punish violating defendants with a default judgment or violating plaintiffs with an "involuntary dismissal." Finally, there are circumstances under which plaintiffs themselves wish to dismiss their case voluntarily in order to re-group and fight even stronger another time. In some cases, these plaintiffs may be able to voluntarily dismiss their case while retaining their right to sue later on.

By far, the most common method of disposing of a case prior to trial is a procedure known as "summary judgment." In a motion for summary judgment, a litigant argues that there are no genuine factual disputes which require a trial and that, in light of the undisputed facts in the case, that litigant is entitled to win the case without one. For example, although Paula Plaintiff’s Complaint as reprinted above properly alleges a legally sufficient claim for negligence against Donald Defendant, it takes more than mere allegations to win a lawsuit. If Donald testifies in deposition that he was not the driver of the vehicle which struck Paula’s car, and Paula has no evidence to the contrary or any evidence that would hold him liable nonetheless, the undisputed facts of the case would clear Donald of any wrongdoing. Rather than forcing the parties to undergo a trial, the Court need not postpone the inevitable. It may enter summary judgment for Donald long before the trial ever starts. Conversely, if the plaintiff's case is airtight, and the defendant lacks sufficient evidence to dispute it or to establish a valid defense, there is no need for a time-consuming trial -- summary judgment will be entered for the plaintiff.

Because trials are held for the purpose of resolving factual disputes, cases without genuine factual disputes need not go to trial and can be disposed of by the judge on motions for summary judgment. In short, the motion for summary judgment asks the judge to determine whether a particular case is "trial worthy," or whether a trial would just postpone the inevitable because reasonable minds could not differ on the ultimate outcome. Yet, although summary judgment may be an effective method of resolving litigation efficiently, it will not work in most cases. Because most cases will involve some differences among the parties as to important facts, judges always err on the side of sending cases to trial in order to resolve these differences.

Under the Maryland Rules, there are several "filtration devices" which may dispose of cases before they are submitted to the jury and it is important to understand the similarities and differences among each. These hurdles along the route to a verdict include:

The Motion to Dismiss

Under the Maryland Rules, a defendant may move to dismiss the Complaint on a variety of grounds. These grounds include a lack of subject matter jurisdiction, lack of personal jurisdiction, improper venue, insufficiency of process, and insufficiency of service of process. Yet, perhaps the most misunderstood motion is the motion to dismiss for failure to state a claim upon which relief can be granted.

In what is often filed as a preliminary or pre-answer motion, the defendant must persuade the court that the allegations of the Complaint are legally insufficient. To support this motion, the defendant will argue that, even if we accept all of the plaintiff's allegations as true, they do not state a legally sufficient claim. For example, in a typical negligence action, the plaintiff must prove that the defendant breached her duty to the plaintiff and that this breach proximately caused damage to the plaintiff. If plaintiff fails to allege one of these elements, his Complaint fails to state a claim upon which relief can be granted under the applicable tort law. Similarly, a plaintiff who sues a defendant for giving the plaintiff a "dirty look" will probably suffer a dismissal since such an act would not give rise to a legally sufficient claim.

In a motion to dismiss for failure to state a proper claim, one must look only to the allegations contained in the Complaint. If those allegations are legally insufficient, that Complaint will be dismissed and the action terminated.

The Motion for Summary Judgment

Because trials are held for the purpose of resolving factual disputes, cases without genuine factual disputes need not go to trial and can be disposed of by the judge on motions for summary judgment. In short, the motion for summary judgment asks the judge to determine whether a particular case is "trialworthy," or whether a trial would just postpone the inevitable because reasonable minds could not differ on the ultimate outcome.

The Motion for Judgment

Even after a trial has started, the parties may seek to prevent the case from being submitted to the jury by moving the court for judgment. This motion is quite similar to the summary judgment motion. While the summary judgment motion asks whether a case should go to trial, this motion, formerly known as the "directed verdict motion," asks whether a case already at the trial stage should be submitted to the jury. After viewing the evidence in the light most favorable to the non-movant, if reasonable minds could not differ on the outcome, there is no need to postpone the inevitable and submit the case to the jury. Instead the judge will "direct a verdict" in favor of the appropriate party by granting the motion. Like the summary judgment motion, a judge cannot resolve factual disputes on a motion for judgment. If there are factual disputes to resolve, the judge must submit the case to the jury to deliberate upon a verdict of its own.